Every week, the average New Yorker throws out nearly 24 pounds of waste at home and work. That adds up to more than six million tons of residential and commercial waste generated annually. The climate effects of landfilled waste will hinder the city’s goal to achieve carbon neutrality by 2050. By necessity, the city will have to achieve zero waste.

The path to reaching this goal will be multilayered, beginning with the city’s existing curbside collection programs for recycling and organic waste. For the remaining waste that is not divertible—including things like diapers, hygiene products and some plastics—Covanta steps in.

In 2019, we commenced operations at the East 91st Street Marine Transfer Station, which is the second in a pair of marine transfer stations under a 20-year waste transport and disposal agreement between Covanta and the Department of Sanitation of New York City.

The site, which operates 24 hours a day, six days a week, is permitted to receive up to 1,860 tons of municipal solid waste each working day. It’s outfitted with a 1,900-square-foot entrance and exit ramp that can support up to 17 trucks at a time. Air monitoring is done twice a year and exterminators come monthly.

At full capacity, Covanta will process approximately 33% of NYC’s residential waste, a crucial step toward becoming carbon neutral by 2050.

For more about Zero Waste to Landfill, please see our 2021 Sustainability Report. 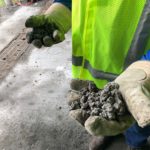 What About the Ash? 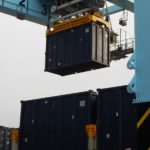