Making Sustainable Changes One Facility at a Time

Sometimes all that’s needed is one really good example in order to generate change throughout an organization. In this case, it is a 75-person team in Davenport, Iowa that caught the attention of company leaders with their efforts to improve their location’s sustainability achievements and reduce waste sent to the landfill. While there are sustainability goals at the corporate level at the 100-year-old Parker Hannifin, a leader in motion and control technologies, it can be challenging to spread the word to 55,000 employees at 336 manufacturing locations around the world. Parker Hannifin found the best solution was to allow each of its locations to have a hand in charting its own course.

That being said, a hose manufacturing plant for Parker Hannifin’s Hose Products Division wanted to consider additional eco-friendly and feasible options for recycling rubber hose. Hose Products Division’s Davenport facility makes hydraulic assemblies for the industrial and hydraulic markets. The process to create these materials generates a variety of waste materials, which include scrap hose and couplings as well as other rubber and plastic materials associated with the assembly process. These items all need to go somewhere if they can’t be reused or recycled. The majority of these materials were ending up in the scrap yard or a landfill.

We looked at fuel blending and other alternatives and then we found Covanta. With its Energy-from-Waste solutions, Covanta offered us flexibility.

“We knew we needed to do more,” said Dennis Lynn, Conservation Team Leader at Parker Hannifin Davenport. “Beyond the desire to not add to the landfill, the scrap yard was having trouble removing the metal wire that reinforces our hose. They basically wouldn’t accept it any longer.” Lynn and the Conservation Team worked diligently to find new options.

In operation since July 2016, Hose Products Division’s new approach to recycling hydraulic hose has resulted in an ample amount of non-hazardous waste being shipped to Covanta. Over 200,000 pounds of non-hazardous waste has shipped to Covanta’s Energy-from-Waste facility in Indianapolis, Indiana instead of local landfills. Once the waste arrives at the Indiana facility, it is entered into Covanta’s high-temperature combustion process that destroys it at temperatures of 2,000°F, producing clean energy as a byproduct that is then used to feed the steam loop in downtown Indianapolis. The steam is used to heat nearly all downtown businesses, as well as Indiana University, Purdue University’s Indianapolis campus and Eli Lilly, the area’s largest pharmaceutical manufacturer.

Once the waste arrives at the Indiana facility, it is entered into Covanta’s high-temperature combustion process that destroys it at temperatures of 2,000°F, producing clean energy as a byproduct that is then used to feed the steam loop in downtown Indianapolis. The steam is used to heat nearly all downtown businesses, as well as Indiana University, Purdue University’s Indianapolis campus and Eli Lilly, the area’s largest pharmaceutical manufacturer.

By identifying additional waste streams to include in the material sent to Covanta, including food and other non-manufacturing wastes, the Conservation Team anticipates they will be able to further reduce the amount of waste ordinarily sent to landfills over the next several years.

Besides making an impact on their sustainability goal, another benefit that the Davenport Con-servation Team expects from reducing waste sent to the landfill is facilitating the attainment of ISO 14001 certification for any customers requiring it. ISO’s (International Standards Organization) 14001 certification serves as accreditation of an organization or company’s environmental management program against a pre-established set of qualifiers.

The achievements at Davenport have been noticed throughout the Parker Hannifin organization. “Earning the 2016 Green Teamwork Award validated this team’s hard work,” acknowledges Lynn. “Out of 55,000 employees, Parker Hannifin’s global leaders recognized the Davenport team as leading the way in green initiatives and our global leadership continues to be a motivator to move the needle even further.”

As a result of the great partnership and experiences at the Davenport facility, additional Parker Hannifin sites are evaluating potential partnerships with Covanta as well.
According to Lynn: “The road to zero waste-to-landfill is no easy task. By working with Covanta, we know that this goal is achievable.” For more information on Parker Hose Products Division products or services, please visit parker.com/HPD 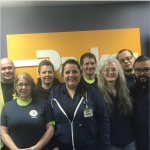 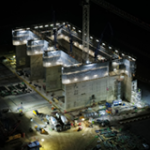 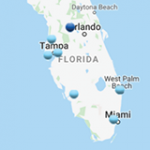